At the four AA Red Star hotel, which was originally built as a hunting lodge for the sixth Duke of Bedford in the 18th century, women make up 73% of the workforce (111 out of 152), and the hotel’s leadership team is also made up of 64% women.

Rachael Montagner, Sales & Marketing Manager, who has been a member of the Bedford Lodge team for 11 years, says: “On this International Women’s Day, we would like to celebrate the immense achievements of our wonderful female workforce, every member of which contributes to Bedford Lodge Hotel & Spa being the award-winning hotel it is today, and makes it a hugely rewarding, fun and convivial place to work. From Bedford Lodge’s roots as a hunting lodge built for the Duke of Bedford, to the pioneering female-led workplace it is today, the hotel’s journey has been a very exciting one. Bedford Lodge would not be the place it is today without the huge contribution of women over its history, from Anna, 7th Duchess of Bedford and ‘inventor’ of Afternoon Tea, to our modern day, much-valued female team members.”

Bedford Lodge Hotel & Spa is proud to have many longstanding members of female staff who have been with the company for significant lengths of time – up to 25 years in the case of Wanna Taylor, who has been a Kitchen Porter at Bedford Lodge since 1997. Arriving from Thailand with her new husband and not speaking any English, Wanna found employment at the hotel’s kitchen, and during her epic tenure there has worked with six Head Chefs and seen many changes over the years. She is a much-loved and huge character within the team: “Everyone is my friend; everyone is my family!” 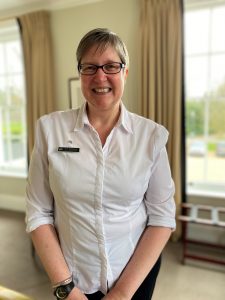 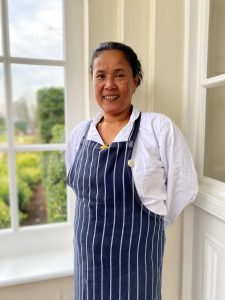 Another longstanding member of the team is Kay Blanchard, Executive Head Housekeeper, who has been with the team for nearly ten years. Following in her Mum’s footsteps – who was a Head Housekeeper at the Petwood Hotel – Kay began working as a chambermaid as a teenager in the school holidays, before joining the cruise ships to travel the world as a Cabin Stewardess. Kay says: “Since joining Bedford Lodge, I’ve loved building up my amazing team who work so hard to make sure that our guests have a great stay, and whilst I’ve been here, we have achieved 4 AA Red Stars, which was a very proud moment. The past couple of years, with all the challenges we have faced, have shown how strong my team of Housekeepers are.”

In its illustrious history, Bedford Lodge Hotel & Spa is notable as home to the originator of the concept of Afternoon Tea. Anna Maria Russell, 7th Duchess of Bedford (1783-1857) and lifelong friend of Queen Victoria, who resided at Bedford Lodge with her husband, the 7th Duke of Bedford, came up with the concept of Afternoon Tea whilst visiting the 5th Duke of Bedford at Belvoir Castle in the mid-1840s. During the 18th century, dinner came to be served later and later in the day until, and an extra meal called luncheon had been created to fill the midday gap between breakfast and dinner, but as this new meal was very light, the long afternoon with no refreshment at all left people feeling hungry, so she found a light meal of tea (usually Darjeeling) and cakes or sandwiches to be the perfect balance. The Duchess found the afternoon snack to be such a perfect refreshment that she soon began inviting her friends to join her, and Afternoon Tea quickly became an established routine in many upper middle and upper class households. Bedford Lodge naturally serves an exquisite Afternoon Tea daily in her memory.